Have a Great Christmas!

There may be many ways to express it, but the end of a year kind of makes most people look back and review. To be thankful for or more resolute for other issues and predicaments. I know I lead a great life and even with tough things realize I have a backup system and support from so many. As an author, last year at this time I had made an overly ambitious goal to publish for last Holiday Season. Then it was the "Beach Read" time, finally, and correctly, just in time for this years Holiday Season.

Over all, its been SO much fun. It has fired up my writing juices and made me reflect on what I need to do to write another. Watch out you Mac fans. He's due for a return!

For all who have given Starshot a pretty great showing out of the gate, to the five who won a copy, to so many who bought or at least put Starshot on their TBR list -- THANK YOU.

Just a quick Congrats to the five winners of Starshot (Yes I signed the copies). Nearly 900 people entered, and I hope many will follow up and get a chance to read Starshot. But to Katherine, Suzanna, Lynn, John, and Jenny... Books are on the way!!

Goodreads is a great place to go to be with readers of all types. I keep a page there as do many authors. Good feedback and excellent contact with all. If you are not a member, please head to Goodreads.com, sign up,  explore and join... Oh and make me a friend!
Posted by Rick at 3:40 PM No comments:

Writer to Writer talk, and How Arts Support Arts.

The local newspaper is publishing a short article about Starshot and my work on it. Back in 2004 when Wolfpointe was released, an earlier report showed that there was a small community of local authors. Now, so many years later, the interview with me capped a one-month time space where four authors from Tinley Park are publicized bearing about nine books. Something must be in the water. Or the town of Tinley supports creativity.
I bring that up because, in our town, a branding campaign has grown, showing the vast interest and talent for music and all of the arts. From middle school through high schools bands and other music-based activities in our area have stacked up to competition victories and platitudes. We even support concert bands of adults joined by their interest in music. Just seems that perhaps creative arts support creative arts area wide. 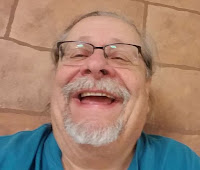 Back to the actual interview, done on the phone with my car parked at a local gas station, it was revealing to me. I mentioned to the writer (William Obrien), that my work on Starshot spanned nearly 40 years and that I seemed to duck in and out of writing. By the time we were done talking he was able to show that I WAS writing that whole time.         Yes, Starshot spent drawer time but I published a Gaming magazine, wrote WolfPointe and get that published. I blogged American Made Rums as Rick the Rum Runner for nearly four years and then decided to release Starshot. It will be interesting to read his piece and see what his feeling was on our conversation.
Posted by Rick at 12:30 PM No comments:

From time to time I will drop short writings in the Pages section. If you'd like, check there from time to time.
The piece I added today, GUNNER, was published in Inclinations Magazine a few years back. I like this story a lot... Hope you do too.
Posted by Rick at 1:46 PM No comments:

You Asked For It Part Three

I wanted the hook for a story that I could relate to and grab the readers interest. WolfPointe started to be a project where I was going to follow 2 Builders and their accidental stirring up of the Supernatural. So I ended up writing a detailed history of the town, Timber Park, based (very) loosely on the village where I lived (This was after leaving Chicago). Then, using that panoramic view base this "Mystery? Crime? Horror?" story into that patch of real estate. I talked about this plot (really idea - plot sounds so complicated) with my wife. She is packed with great views. Some clicked. But what? What mysterious horror could overtake this town and why? A visit to my brother (and boring him with story ideas) was a source of discovery. He showed me how to search the internet. That, tied to research done at the Tinley Park Library (The BEST!) led me to this mythical creature the Windigo. I typed that name into the 'net and received information there were over 300,000 references and sources of information! Now, tied in with already research information I began to plot.
Part of the plot was going to have a big, fateful battle at the end. Ideas of action, interaction and perils and trials of the protagonist began to form. But, I just couldn't settle the Two Builders as the characters. Then, it hit me. A cop. A young rookie, with a pretty standard background, gets sucked into this whole thing. Thus Malcolm MacKurghdy was born. I intentionally settled upon a man with a distinct name but easy nickname. Mac, what could be more natural than that? In the Midwest, Mac is right there with "Buddy" or "Pal" as a quick name attached to an unknown person.
It seemed, once I had the character, the action sprang from my mind. The story, additional characters and the love interest all felt so natural. Chapters accumulated. As I went along the chronological tale grew. What I liked most is that Mac just seemed right to be a character to draw upon again, so there was that.
Getting published was still the goal. Now, with a trimmer book under 200 pages, I hoped to get it in print. Fortunately, I contacted Twilight Times Books and was accepted there. My dream had come true!
I failed the book. I did not do the work it takes to promote and push the book. TTB was a tiny house but very accommodating. Wasn't long though that reprinting the book seemed a waste. WolfPointe went to OOP (Out Of Print). I was crushed but happy at the same time. For a LONG time, I wrote nothing. I did start a sequel to WolfPointe, but it tailed away.
Once I retired my day to day business was much more my own. Around 2012 I began another look at Starshot. I occurred to me, I'd never feel complete if that story didn't see print. I just didn't want to go through the whole game of submission, resubmission. Agent, no agent. Big House, Little House. I just wanted to send my story out there. Perhaps give more time promoting it, but really just skipping the industry side. I made a half-hearted try - but the process then was rather bulky and slow. Finally, at the Library, I was introduced to CreateSpace.
I have to say, the software developed made the whole process SO easy. I got bogged down on editing and just wanted to be as sure as I could that all was right (Bet it is not... But I have tried - Honestly!!)
I think Starshot is an extraordinary novel. The whole story just flowed from me. It used my love of music and a background of writing, publishing, and storytelling to lay out a tale of Love, Hate, Betrayal, Sex, Drugs and yes: Rock & Roll
Posted by Rick at 3:30 PM No comments:

Decided to do a promotion through Goodreads (Great site BTW -- LOTS of readers and writers). Starting Dec 5 -- You can enter for a chance to win a free copy of STARSHOT. I made it easy - just head to the bottom of the blog page and you'll see ...

A Bit About Me

This is the obligatory introduction post. It is me. Depending on who you are or how you know me - I have lots of nom de plumes. Lets briefl...